Among the new features, a major update of the application delivered with the intuitive instrument and the launch of “Artist Packs” thanks to a partnership with the French artist Rone. 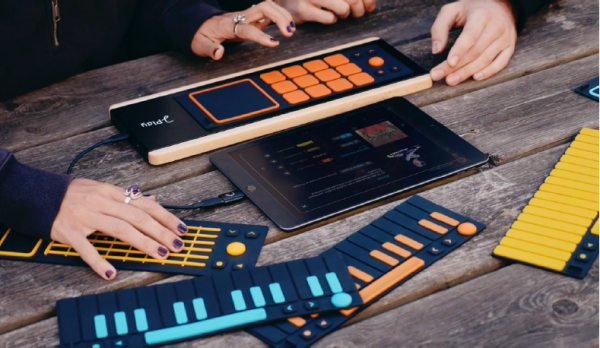 READ ALSO: The piano evolves with the Seaboard Grand Musical Instrument by ROLI

Played Play, the perfect instrument to (re) start making music!

Intended for children and adults alike, with or without musical experience, everyone can create their own melodies in no time. Very easy to use, the JouÃ© Play is suitable for children who marvel at the first notes as well as for parents who want to discover a new way of making music.

To start playing, simply plug in the Played Play on your iPad or computer, then launch the JouÃ© Play application. Users can switch from guitar to piano or drums with a single tap using the interchangeable pads.

Users can record musical loops, adjust tempo, share your creations. There are many features that can guide users for immediate enjoyment.

In addition to Live Quantize, there is a little magic wand that allows users to adjust the rhythm of the notes to be played over time. There are also new features that will allow beginners to progress quickly. For this reason, recreating famous songs or producing tracks becomes child’s play!

Once the device is plugged in, users will be able to dive into a whole new interface.

Available for direct download in the next version of the application, the “Artist Packs” offer users a unique experience. They will be guided to play the songs of their favorite artists in no time. 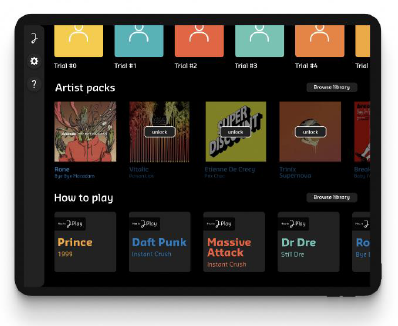 Each pack includes tutorials with different levels of difficulty to reproduce the track. To go further, users will be able to create their own musical creations with the instruments downloaded in the Artist Pack.

For each pack, 4 new instruments are included. Sorted by genre and decade, the Artist Packs library will be enriched with collaborations with national and international artists.

The visual feedback function will allow beginners to develop their learning through the visual representation of the notes played. Whether it’s a demo project or a song downloaded from an Artist Pack, this very useful feature will help users practice even better.

In addition, while the current version of the JouÃ© Play application is limited to the creation of simple musical loops, version 2.0 will allow the creation of a more complete song by assembling several loops.

To launch its new application and the Artist Packs, the French startup JouÃ© Music Instruments has teamed up with the artist Rone. Erwan Castex (better known as Rone), who in his 12-year career has established himself as a key figure in the French electronic scene, will now offer his fans a unique experience thanks to JouÃ© Play.

No need to spend hours watching tutorials on using complex software to start experimenting with certain melodies and playing masterpieces like “Bye Bye Macadam”. Rone’s Artist Pack will provide a new experience for the user, who will be guided to replay the artist’s songs in no time.

Version 2.0 of the JouÃ© Play app will be available for CES Las Vegas!

Le JouÃ© Play won a CES 2020 innovation award and was named by TIME MAGAZINE, WIRED and Techcrunch as one of the best new products at CES.

2021 TECHTIMES.com All rights reserved. Do not reproduce without permission.

“A crime against the whole community”: the stolen Martinez Junior High musical instruments

MARTINEZ (KRON) – When Connor Schwab picked up his baritone saxophone from the music room at Martinez Junior High on Friday morning, it was nowhere to be found. â€œWe generally feel pretty safe here, we are having a lot of fun,â€ he said. “I just got a little scared and panicked a little.” â€œWhen we […]