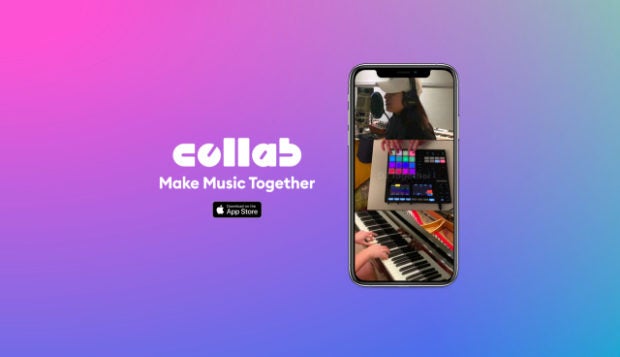 Collab has only launched on the US App Store at the moment. Picture:
Facebook collaboration via AFP Relaxnews.

First released in beta earlier this year, Facebook’s Collab mobile app is now available on iOS for everyone in the US, allowing friends and group members to create short music videos and sync sequences.

Collab is a tool that promises users the ability to create music videos from anywhere and with anyone. If this application can be used by any Internet user, musicians may find it particularly practical.

The idea is to be able to collaborate on your production with several people, with three separate videos that play in unison. Like the loops that make TikTok so popular, each sequence cannot exceed 15 seconds. The idea is to play these videos in a synchronized way, ideally a singer and two musicians.

At any time, it is possible to drag one of the three videos and scroll it to replace it with another, until the perfect mashup is found. This can result in perfectly matched sequences. It is also possible to record your own clips and share them with the Facebook community. The more contributors that record footage, the more possibilities there will be.

After launching its Instagram Reels, the “aging” social network Facebook is trying to seduce younger generations with this fun app that offers many musical possibilities. Note that Collab has only launched in the United States and is currently only accessible through the Apple App Store. The rest of the world and non-Apple users will have to wait a while to try it out. CC

The latest tech news delivered to your inbox

Rapper YoungBoy Never Broke Again has proven to be one of rap’s highest-grossing young stars, with a loyal legion of fans religiously backing his single, music video and album releases, making the music videos purge recently. published. on his even more specific YouTube page. The Baton Rouge native has racked up over nine billion combined […]

November 3, 2021 As we approach the busiest months of retail and advertising, music video network Vevo released a new study exploring consumer relationships with music videos and how this can influence buyer behavior. Vevo’s survey of 2,000 UK consumers, conducted by OnePoll, comes at a time when brands are looking to capture the hearts […]

Lil Nas X shows off his dancing skills in the official “Industry Baby” video. – Reuters photo LOS ANGELES, September 24 – It’s a trend that is spreading like wildfire. Every new music release generates dance challenges – almost immediately – on TikTok, the leading app for teens. While most viral dance routines were previously […]